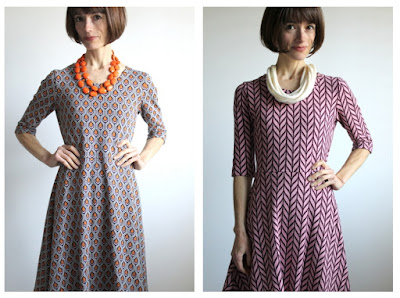 It's been a while, yeah?  Between a busy teaching quarter, broken sewing machine, and a newfound obsession with knitting, I haven't been sewing as much as usual.  Which isn't to say I haven't been sewing (there will be several upcoming posts of my past garments), it's just slowed down a bit.  It's actually a little ironic, since I made a loose "resolution" to not purchase any clothing that I could sew (which is *almost* everything) for the year. 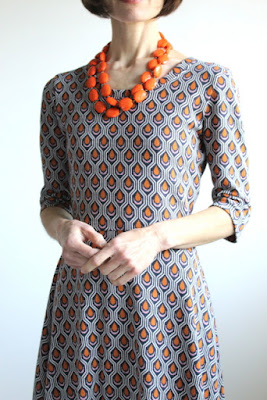 Anyhow, for my winter work attire, I thought some sweater dresses would be useful.  I absolutely fell in L<3VE with these jacquard sweater knits from Hamburger Liebe (navy & pumpkin and wine & pink fabric, purchased at L'oiseau Fabrics) and a skater dress felt like a good way to showcase them.  Both fabric are the same type of knit and both are thick and lovely, with good drape but not too heavy.  They wash beautifully, too! 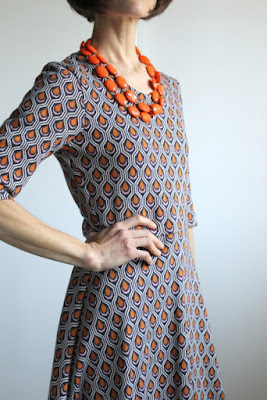 I made the navy & pumpkin one first.  It works well with tights and boots, and I have a cropped cardigan that I wear when it's chilly (which is always in my teaching lab). 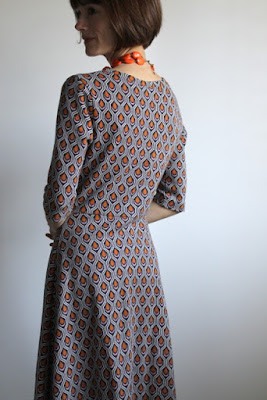 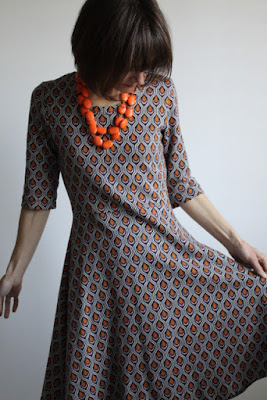 Here's a closer view of the fabric.  Isn't that pattern the best?  And the colors?  Faves. 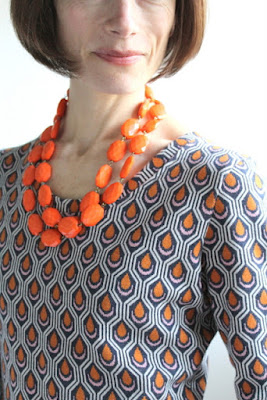 Both dresses were sewn using the same pattern, a personalized version of the Bronx dress from SBCC.  I've used this pattern a ton and just love the simple, yet flattering shape of the fit and flare.  It's pretty ideal for work and non-work. 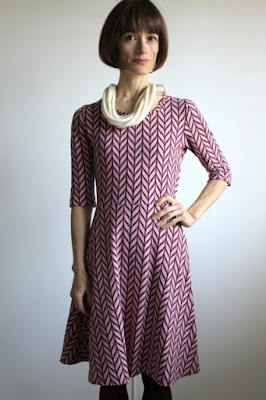 The second version feels a little "flashier" with the bold herringbone geometric, but I love it just the same. 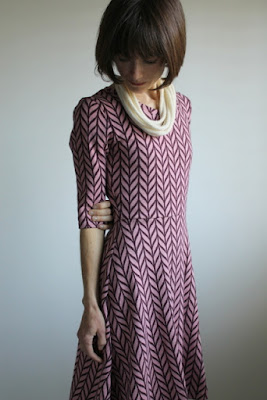 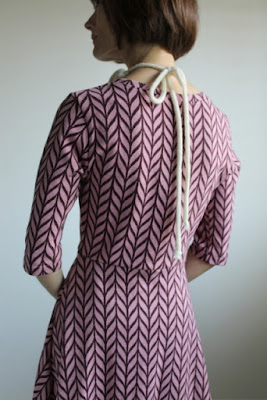 I did my best to match up the vertical lines at the waist seam, but the same is curved on the skirt, so it's a bit sketchy toward the side seams. 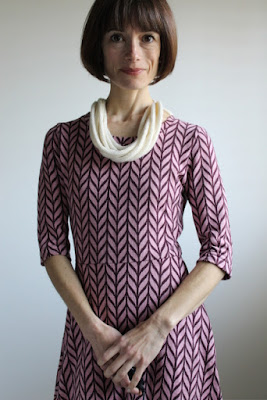 Since the hems aren't really stretched much when wearing, I went ahead and sewed a straight stitch, which worked just fine.  I definitely didn't feel like busting out my coverstitch machine for these quick projects. 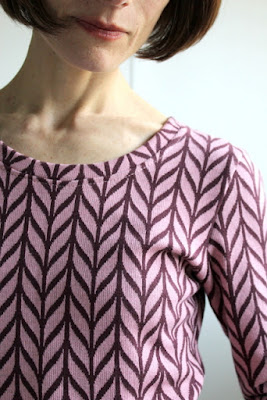 While the fabric has some stretch, it's not quite enough to use like a rib knit, so I topstitched the neck band, to ensure it would lay flat.

Alas, no pockets on either dress.  They are definitely missed, but it would just be way too bulky/ lumpy.  Trade-offs!