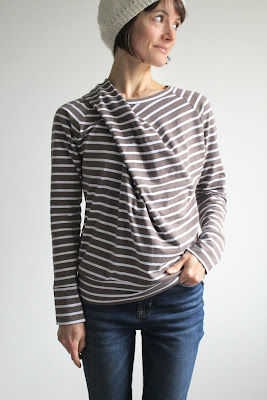 This is another repeat, but it's been over a year and a half since I made the first version.  I'm always on the lookout for a different pattern--something that is interesting and unusual, but still wearable.  The first time I made the Bowline sweater from Papercut Patterns, I wasn't sure I had constructed it properly, so I wanted to give it another go.  To tell the truth, I'm still not sure I've sewn the pleat over the shoulder correctly again! 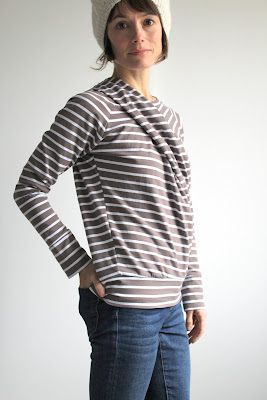 The fabric is a nice medium weight cotton/ lycra  (on sale right now, and no, I'm not an affiliate!) from Girl Charlee.  I originally bought it to make a bodysuit, and it would be a good weight for that too, and I may have enough leftover for a short-sleeved version. 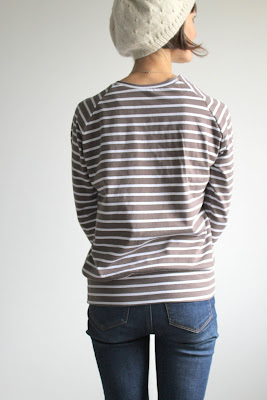 I sized down to an XXS from my first version and the fit is a bit better.  I still feel like I look a bit pregnant (I'm NOT!) from the side because of the excess fabric from the pleating, but it's not too terrible.  Actually, this top would make an awesome maternity shirt in the early months! 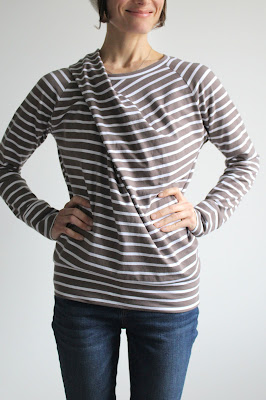 The top is comfortable and comes together pretty quickly (after studying the instructions for a while!), but I'm not sure I love it.  The pleating doesn't lay in a way that is pleasing to me, but if it's on my body and I'm not looking in a mirror, I guess I don't care so much.  Has anyone else had better luck? 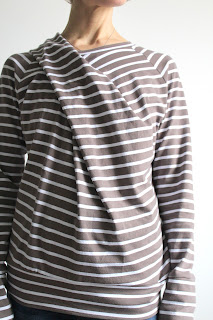 I've been on a knitting kick lately (easier to do while vegging on the couch in the winter!), so you can spot one of my creations in the photos here.  I have to block a second hat, but then I'll give the details of both.  :) 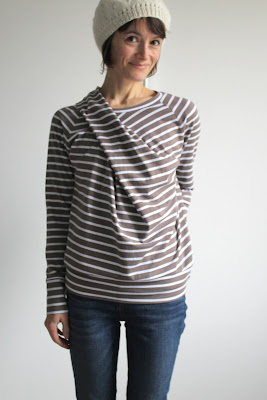