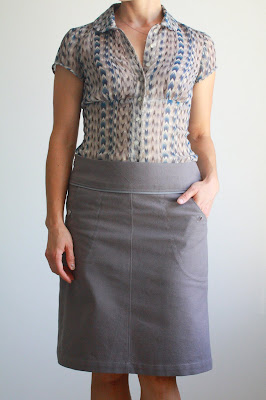 Even though we were away on vacation for most of the allotted time of the first challenge, I couldn't pass up the opportunity to participate in the Super Online Sewing Match!  So, instead of 6 days to draft and sew an A-line skirt (using this tutorial at Craftsy by Deborah Moebes), I had 2.  And sitting in bumper to bumper traffic to get to Logan Airport and then multiple flight delays before taking off for San Francisco (due to the awful plane crash), I was certain that I'd never get home to even have that much time!  But thankfully I'm home, the skirt was started and finished in a single day, and I'm pleased with the result. 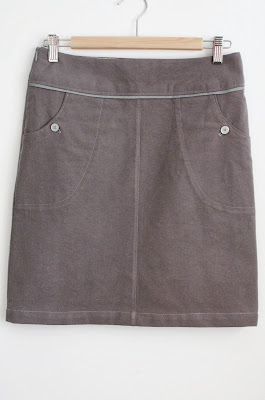 I've drafted skirts before, having taken Deborah's class via Whipstitch a few years ago, however I skimmed through the Craftsy videos at my mom's house in NY to start thinking of ideas.  Once I got to Boston for the second half of our trip, I was seriously feeling the stress of not having fabric in hand, so I visited the nearby Joann's to buy my supplies.  If nothing else, at least my fabric would be purchased and washed! At my sister-in-law's house, I made my bias tape and packed everything in my carry-on luggage.  You know, because if I didn't the airline would surely find a way to lose my bags on a direct flight! 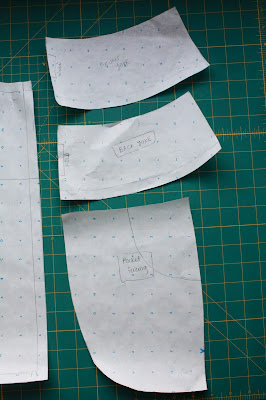 First thing Saturday morning, after a late-night arrival home, I drafted my skirt pattern.  For my design, I chose to use a curved yoke waistband which eliminated the need for darts, and added front buttoned pockets.  The yoke is detailed with purchased bias tape, used as faux piping.  Instead of cutting the front and back pieces on the fold, I seamed up the middle of both to add another design element. 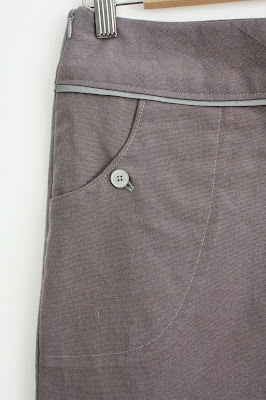 I love hidden details, so the inside is finished with floral pocket bags and bias trim on the side seams. This was the first time I've made pocket bags with French seams, and I may never go back to serging or bias-binding them! 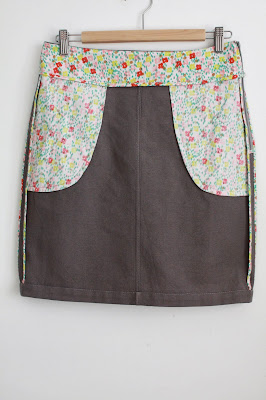 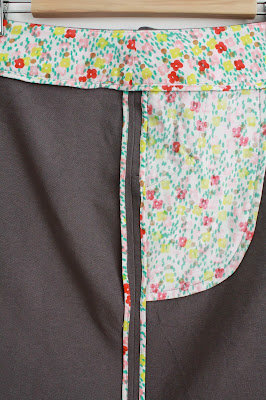 A little peek inside the pockets... 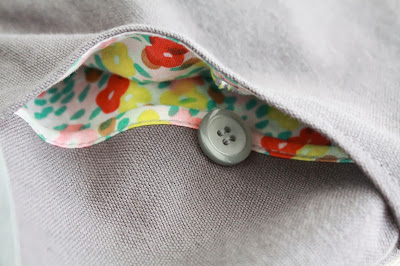 The waistband facing was edged with the self-bias tape.  Not too noticeable, but I like using that instead of trying to turn a curved hem. 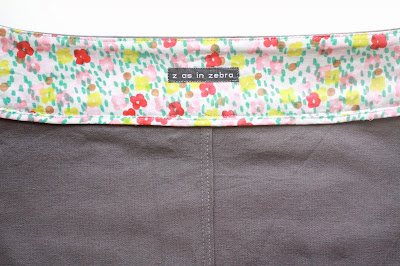 In my opinion, invisible zippers are the only way to go.  This one was finished on the inside with bias tape: 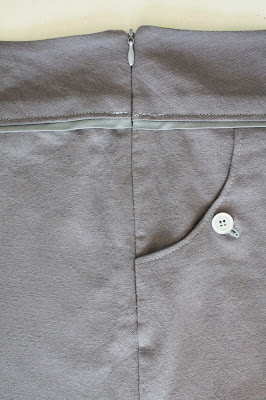 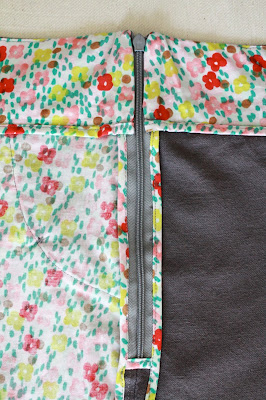 The front and back seams are flat-felled and the skirt is finished with a standard 1" hem. 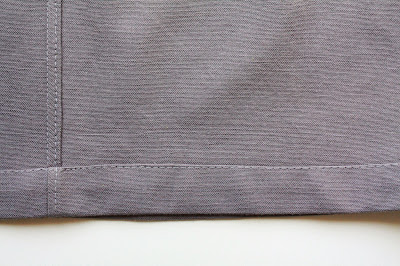 I actually didn't end up using the main fabric that I purchased in Boston (it felt too stiff after washing), but instead used grey organic canvas (which is softer than it sounds!) that I had in my stash, bought at nearby Hart's Fabrics. 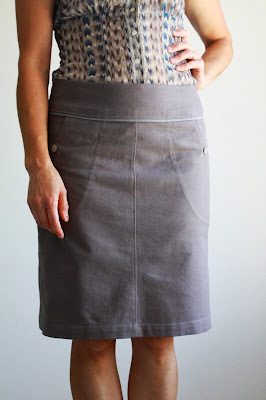 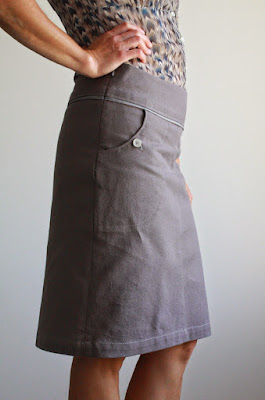 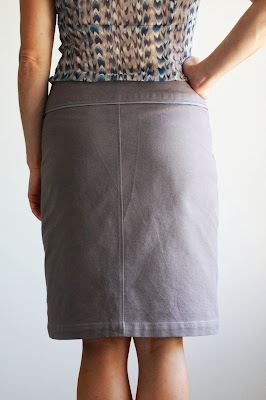 I made some slight fit adjustments after I sewed the side seams, but other than that, the skirt came together as I envisioned.  With so much time thinking and planning away from my sewing room, I had gone over all the construction details in my head and knew exactly what I was going to do ahead of time, so it all went super smoothly.  Quite unlike our late-night flight with a three year old...

P.S. Many thanks to my two lovely sisters-in-law and my mother for their various roles in this bi-coastal endeavor, and my incredible husband who kept the kids occupied while I worked away in my sewing room.