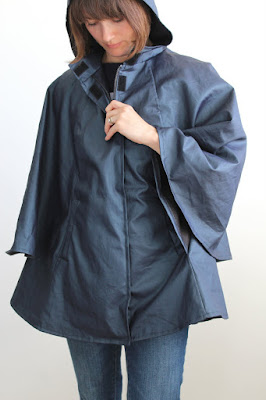 The Cypress Cape by Sewaholic hasn't been getting a lot of attention in the sewing blog world.  The style probably isn't for everyone, but the fact that it's different and interesting is why I was drawn to it in the first place.   Nevertheless, it took me a long time to actually sew it, despite buying the fabric right away (over a year ago!). 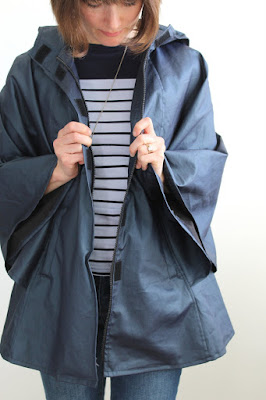 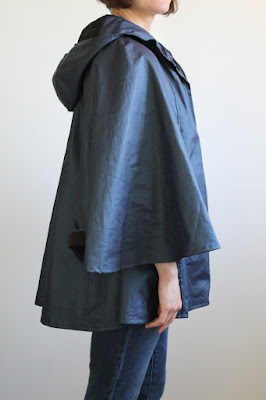 The delay was in part because the few people I showed the pattern to expressed "concern", but also there were always faster and easier things to sew first.  But perhaps most critical to the delay is that California had been, until this winter, in a serious drought and an unneeded garment wasn't high on the priority list.  So, with all the rains over the past few months, it became important to be well-outfitted for the CA monsoon season. 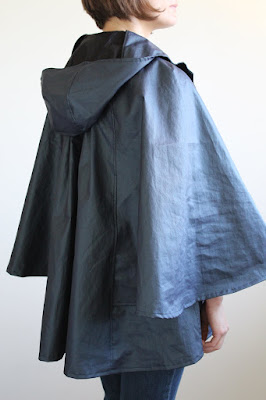 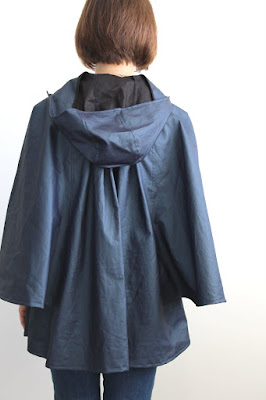 For the pattern, I sewed a size 0, which wasn't a good idea.  I was concerned about not being able to make petite adjustments, so I wanted to sew the smallest size possible (hey, it's a cape, right?).  It's actually a very fitted cape, at least around the chest and shoulders.  Size 2 or 4 probably would have been better, so I could more comfortably wear a sweater or vest underneath.  It's definitely wearable as-is, so no big loss. 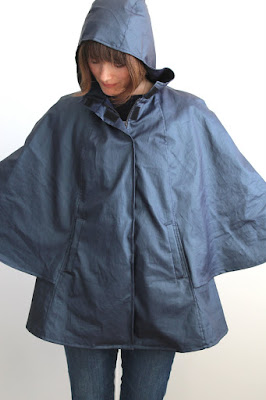 The fabric is from Hart's Fabric in Santa Cruz (I bought it  year ago, so it's out of stock).  I's a pretty perfect fabric for this application.  The instructions call for nylon ripstop, but this fabric is a bit more thick and sturdy.  The drape is still good, though.  The color is definitely a bit metallic-irridescent. 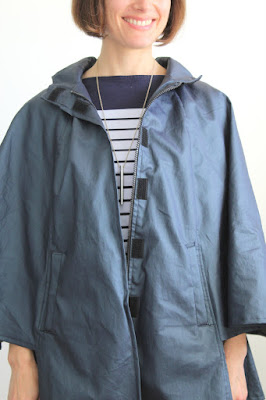 The only change I made was to turn under the hems, instead of using bias tape.  My primary motivation for this switch is because all I could think about was water dripping down the sleeves and making the cotton/poly bias all wet.  However, it also gave me the opportunity to shorten the jacket a bit to fit me better.  In the end, I like the look of it a lot better. 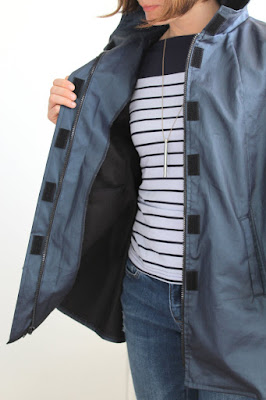 The zipper/ velcro closures design in the front look super professional, though it would have been nice to have the zipper go all the way up under the chin. 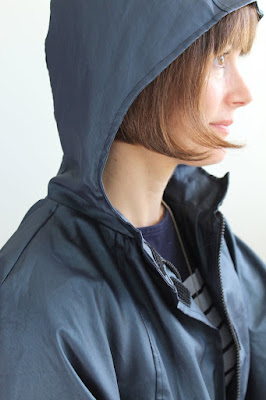 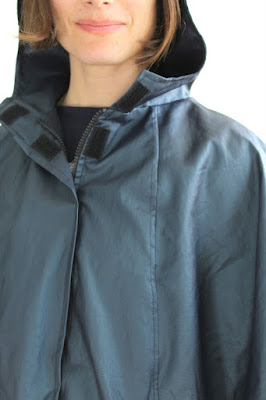 The back pleats turned out well, though they are generally hidden under the hood. 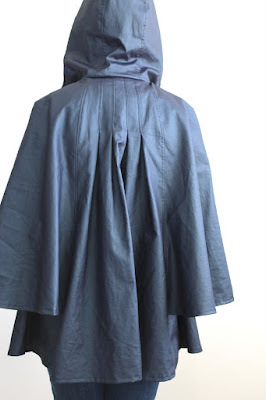 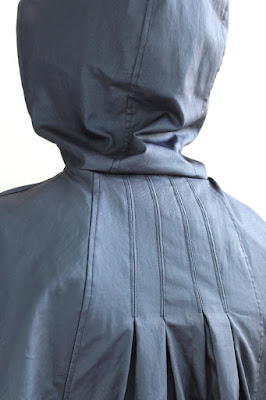 The one thing I don't love about the style is that it's not really possible to put a bag over your shoulder.  I end up keeping my handbag on my elbow, which I do a lot anyway, but you can't elegantly haul all your groceries while wearing this. 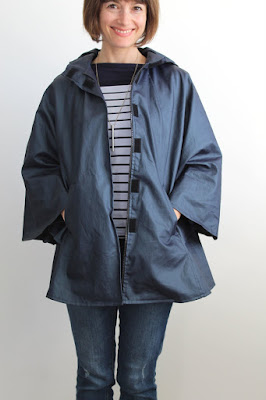 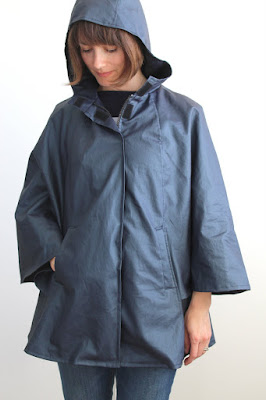 Overall, sewing this cape was enjoyable and it's definitely fun to wear. I suspect the rain is done in CA for the season, but if not, between my last rain jacket and this one, I'm ready!