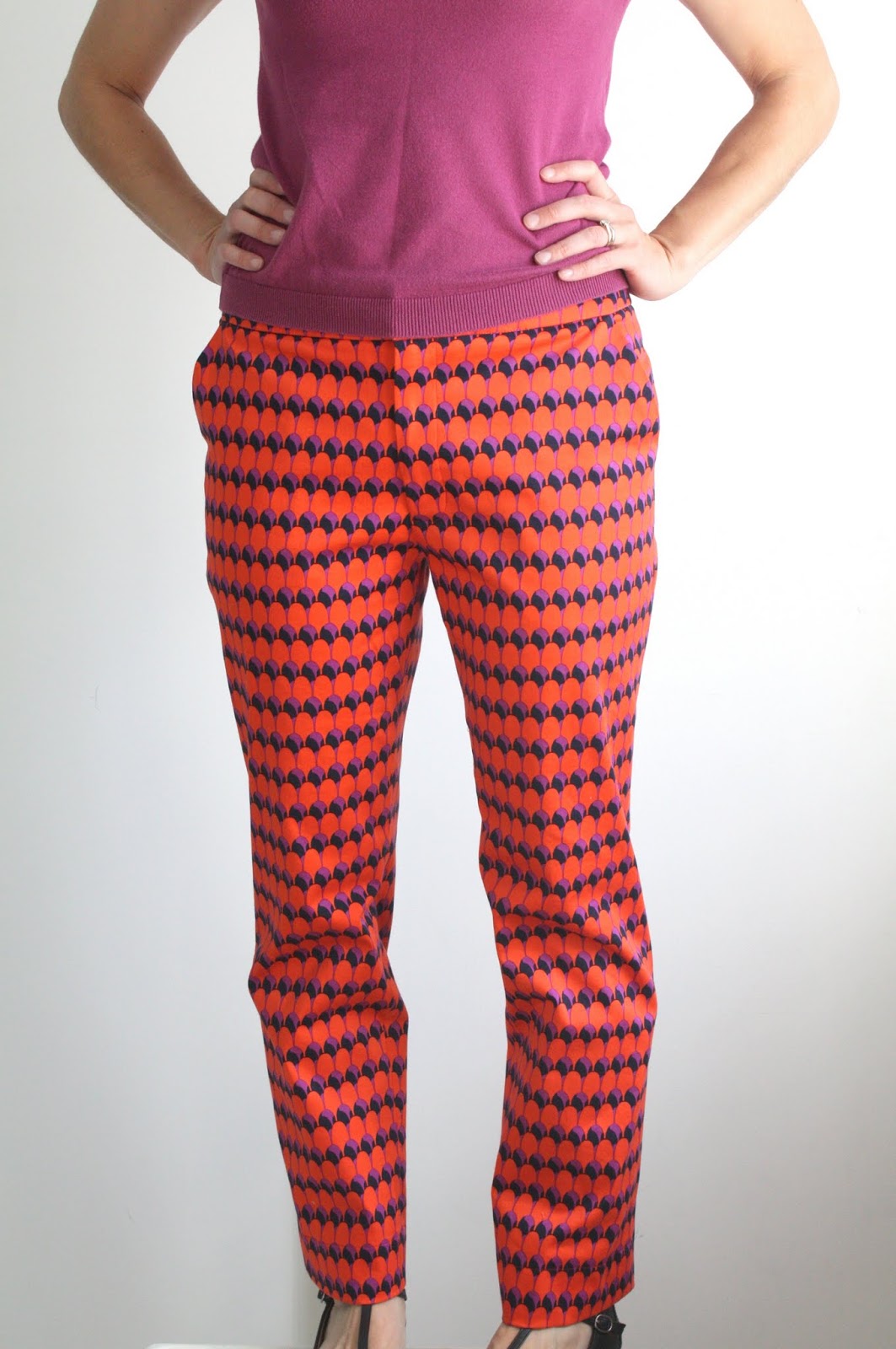 It's Sewing Indie Month!  I'll be participating more officially later this month, but in preparation, I wanted to do a full-run through with one of the patterns, the Manhattan Trouser by Skinny Bitch Curvy Chick.  The pattern is suggested to be sewn in a stretch woven, and I had this drop-dead gorgeous Nanette Lepore fabric from Mood (no longer available--wah!), and well, one thing led to another and now I have some pretty crazy pants.  Crazy awesome, I say!  And crazy comfortable and well fitted, too! 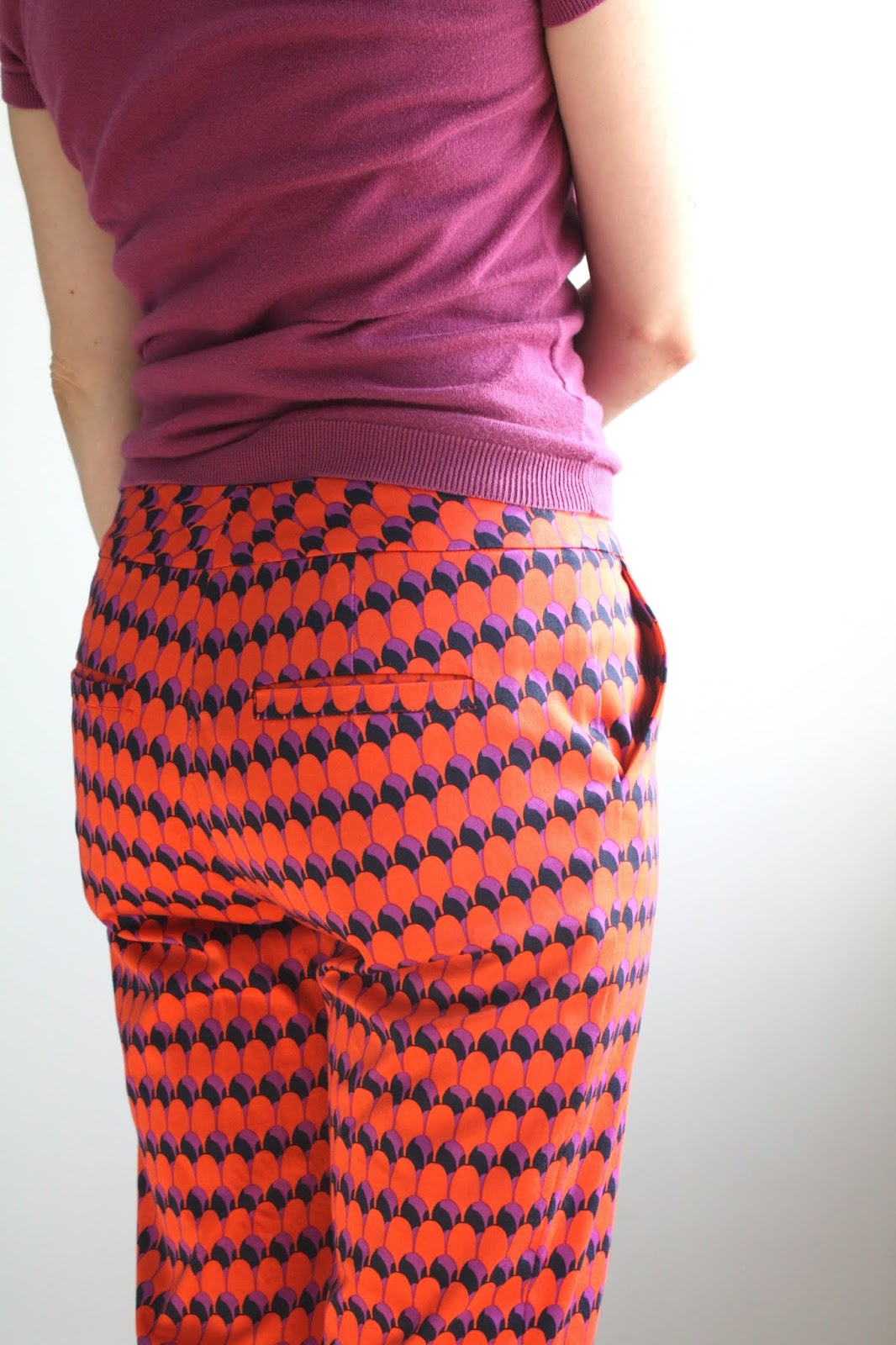 I have to say, I'm always very skeptical of pants patterns, so I made a true muslin before cutting into my Nanette Lepore, in a straight size 4.  The fit was pretty good to start, though a bit shorter rise overall than I prefer, so I added about 1/2" in both the front and back rise.  I can't lie, even after the muslin and fit adjustments, up until the point at which I sewed on the waistband, I was pretty worried. But with the waistband in place, they fit beautifully!  Bravo, SBCC! 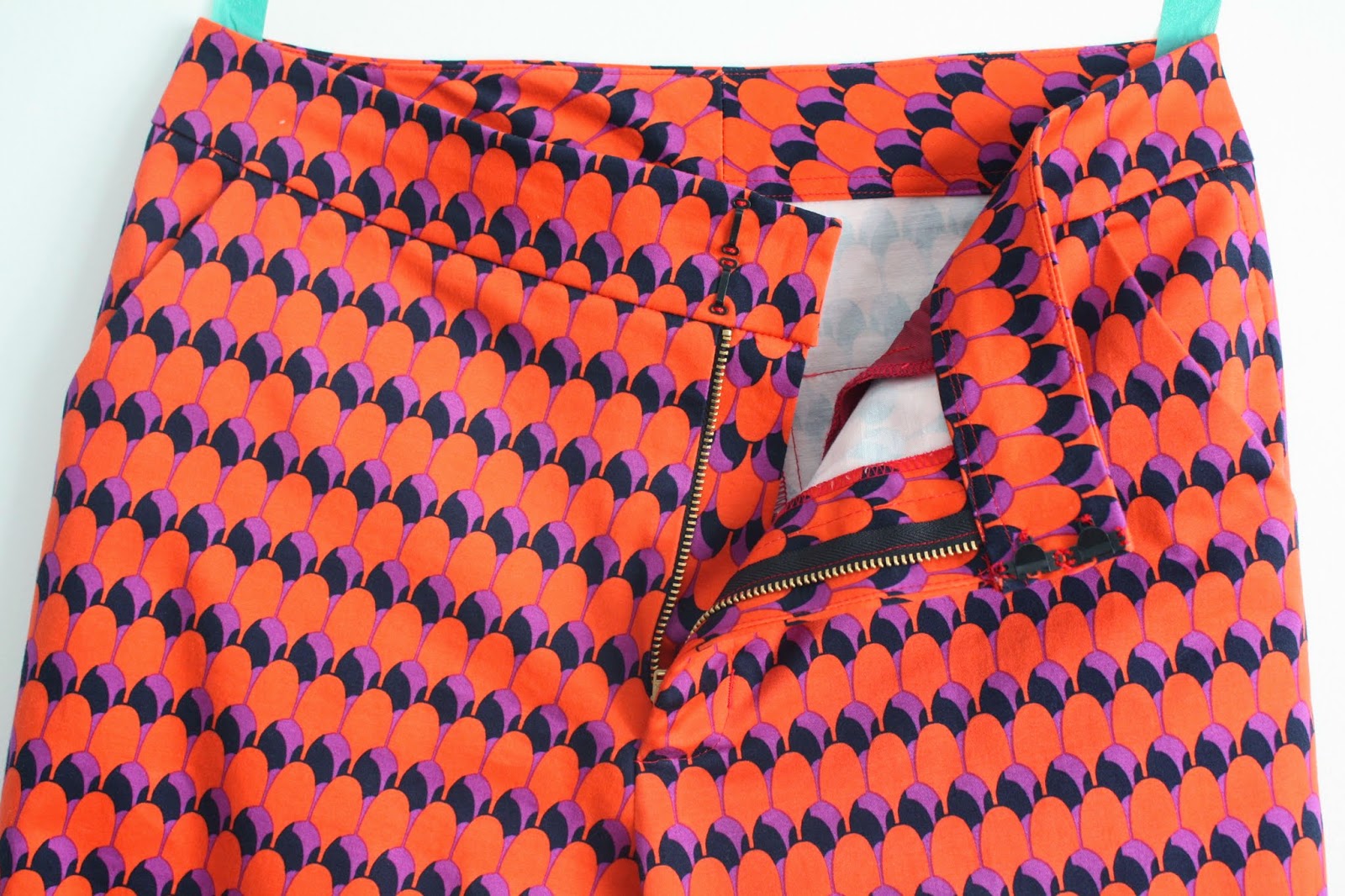 The original pattern has the front slash pockets, but I added welt pockets in the back for good measure. I'll be posting a full tutorial and pattern for these welt pockets later in the month. 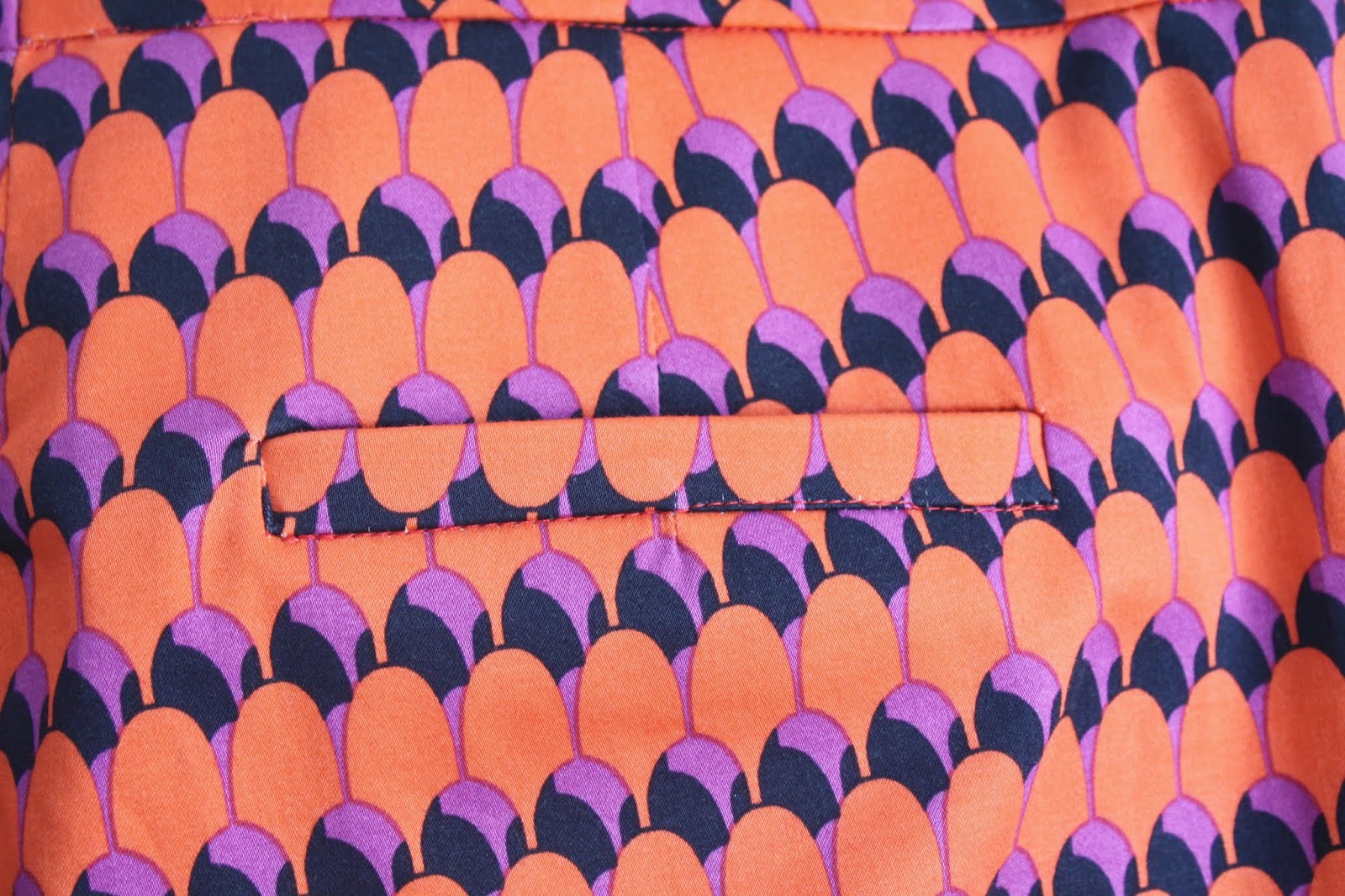 Matching up the pattern didn't go quite as well as I had hoped for the welts, but I learned a lot! 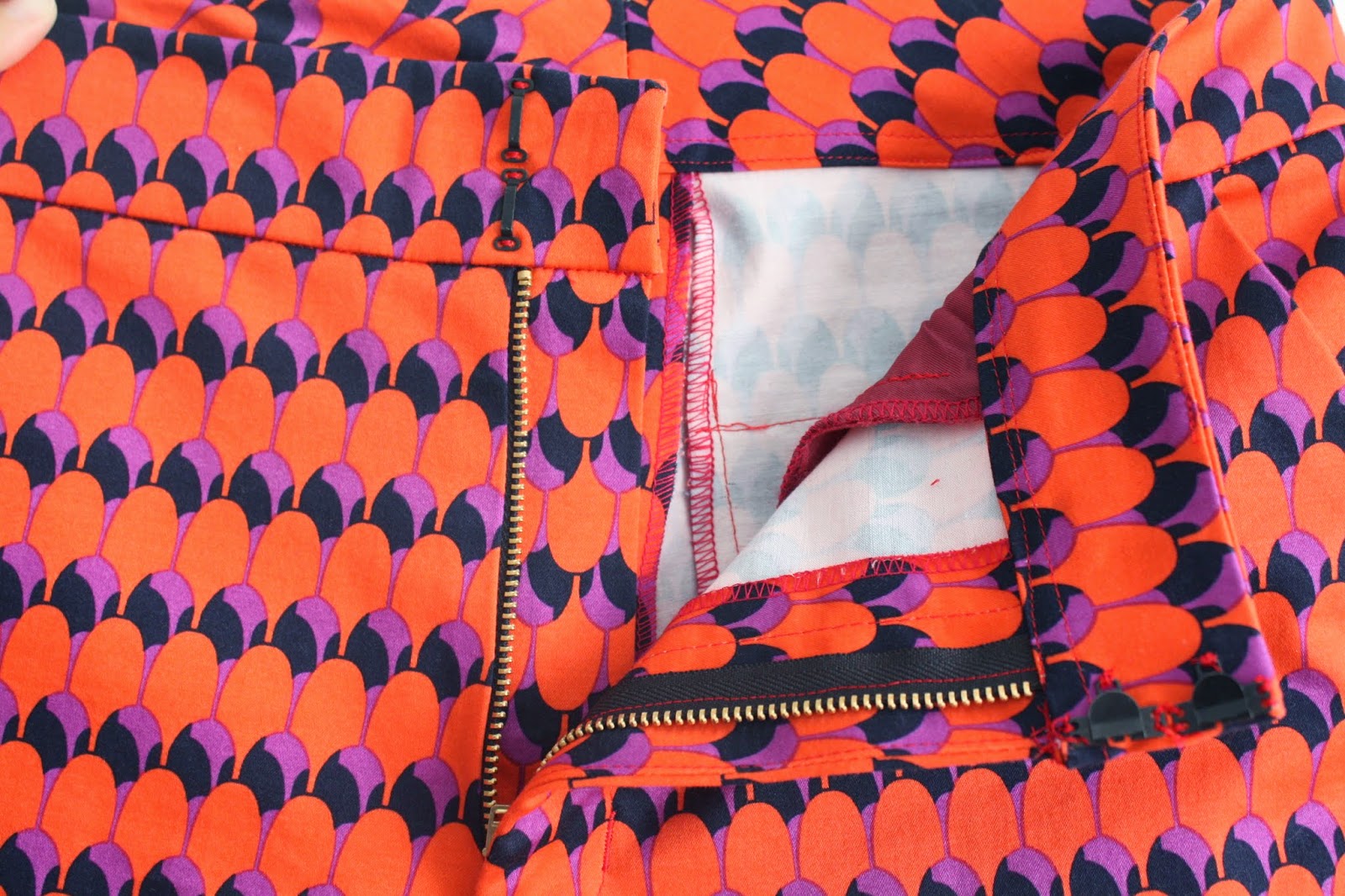 I always have trouble sorting through fly zipper instructions, and this was no exception, but I managed to figure it out and it looks pretty darn good, if I do say so myself! 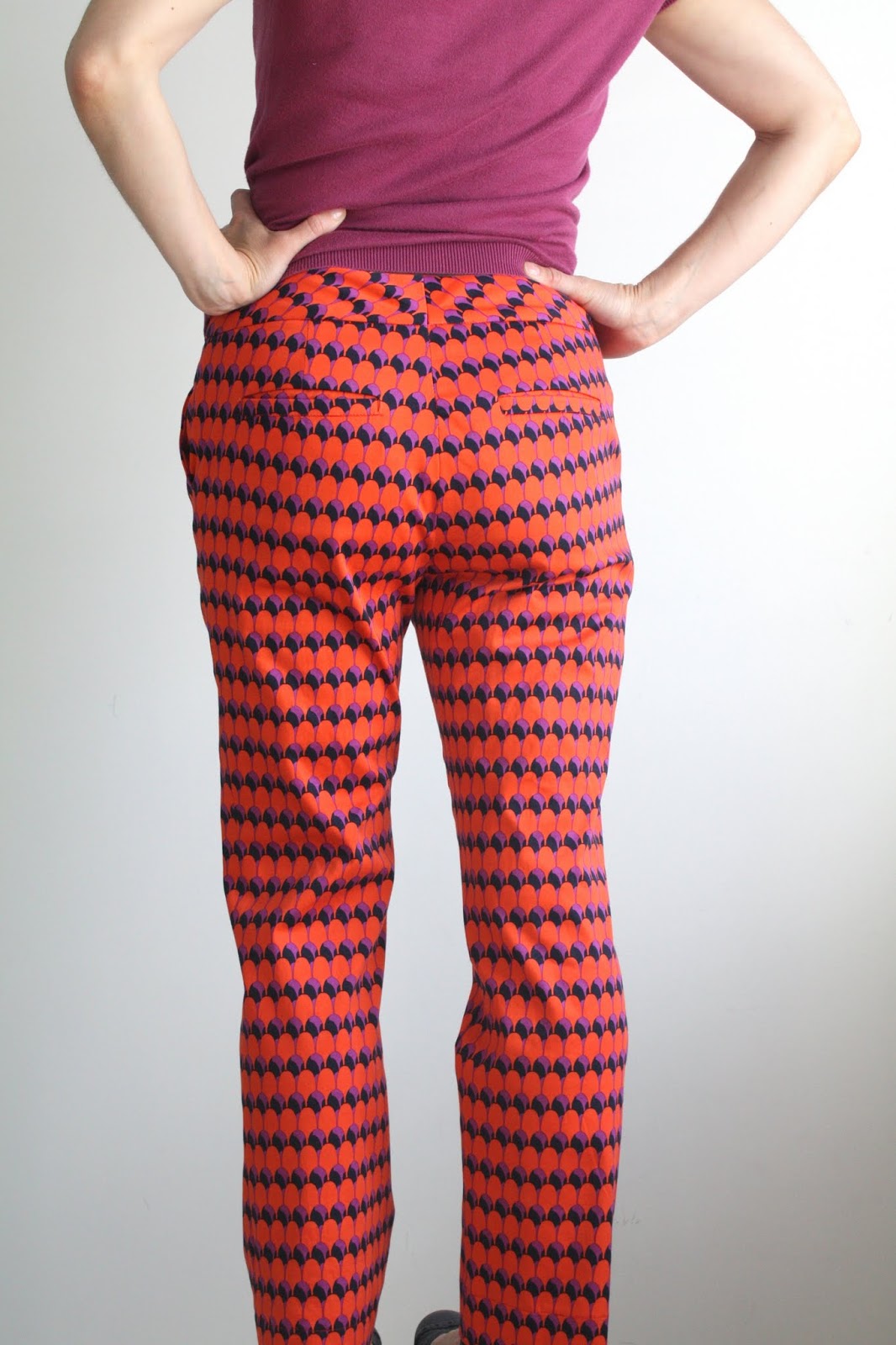 My husband was a little taken aback when he finally saw the pants I had been talking about, "That's the fabric?  You're going to wear those?" but I proceeded to point out that Boden has a slim-legged "bistro crop pant" in an even crazier print (check out the pink geometric print!). Isn't loud and obnoxious print the new black? No? Well, regardless, I need to find (or make!) more tops to go with these lovelies!