Dress for a holiday par-tay! 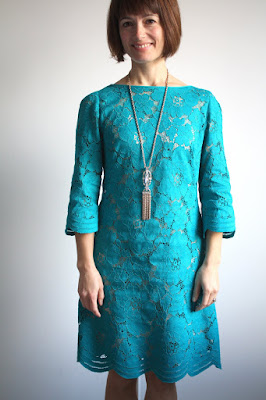 We've been going to the Google Holiday party for over a decade--this year was actually our 12th!  We had just moved out to California from New York for the job a month prior to the first party and I was so desperate to go that I willingly handed off my 3 month old baby to a friend-of-a-friend in San Francisco.  At the time, I wore whatever I had brought with me (a strapless black cotton dress from the Gap, which thankfully fit!), but each year since, the annual holiday party has been a really good excuse to buy a fabulous new frock. 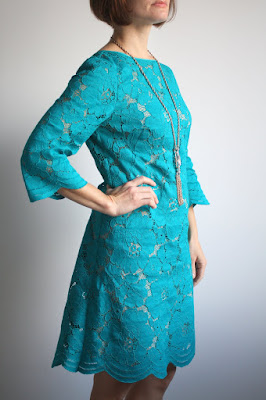 Well, I just wasn't feeling it this year.  The dress I planned to wear wasn't fitting just right, so I pulled out this lace fabric and spent the day before the party sewing! 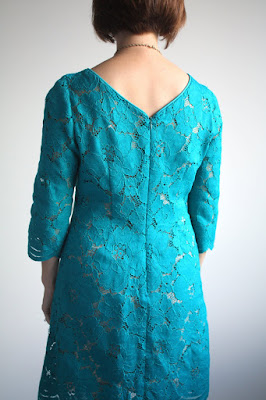 I used this pattern (the same one as this dress), but with some modifications.  First up, I added fish-eye darts to the back.  The fit still isn't great, but it was significantly frumpier without them.  I also added piping around the neckline, mostly because I was so impressed that the package of piping I had in my stash was an exact perfect match. 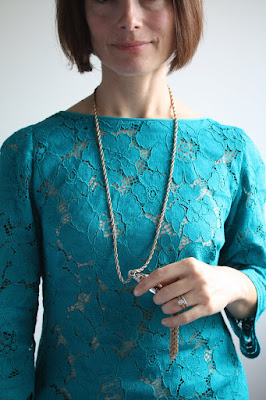 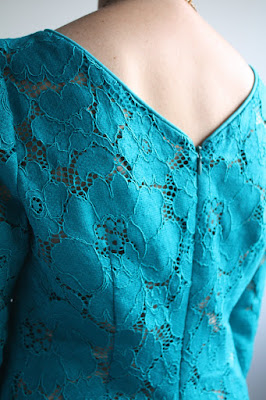 The dress is really just a shell--no lining at all.  I'm wearing a nude slip underneath, which worked fabulously. 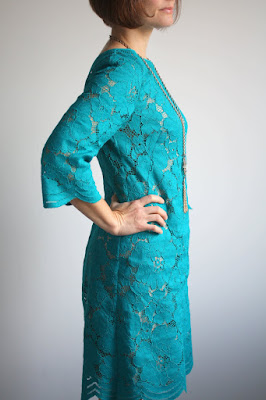 I used the lace edge for the hem and sleeves, doing my best to match scallops with a reasonable amount of success. 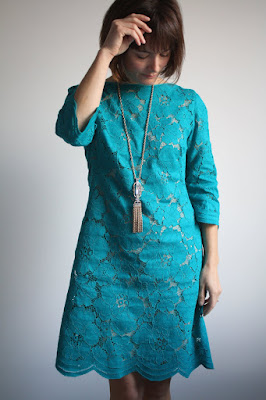 So, it wasn't the most spectacular dress at the party, but I was comfortable (bonus, considering all the tasty food) and happy knowing I had made it.  I was bummed I didn't have the opportunity to brag to anyone that I had sewn it, but I guess I'm doing that now, eh?  :) 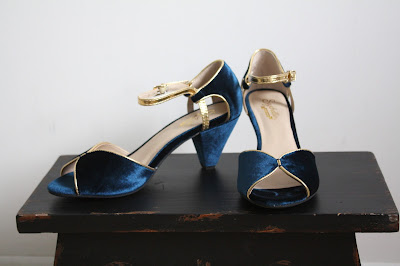 I paired it with these amazing shoes, which I think modernized the whole [otherwise rather matronly] look a bit. 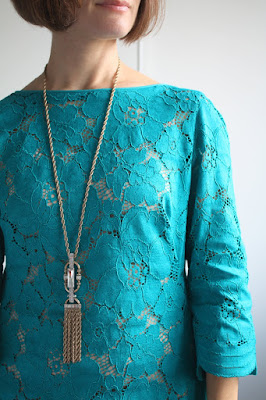 Anyone else sew their holiday dress this year? 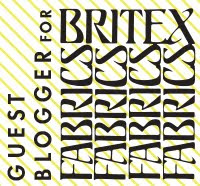