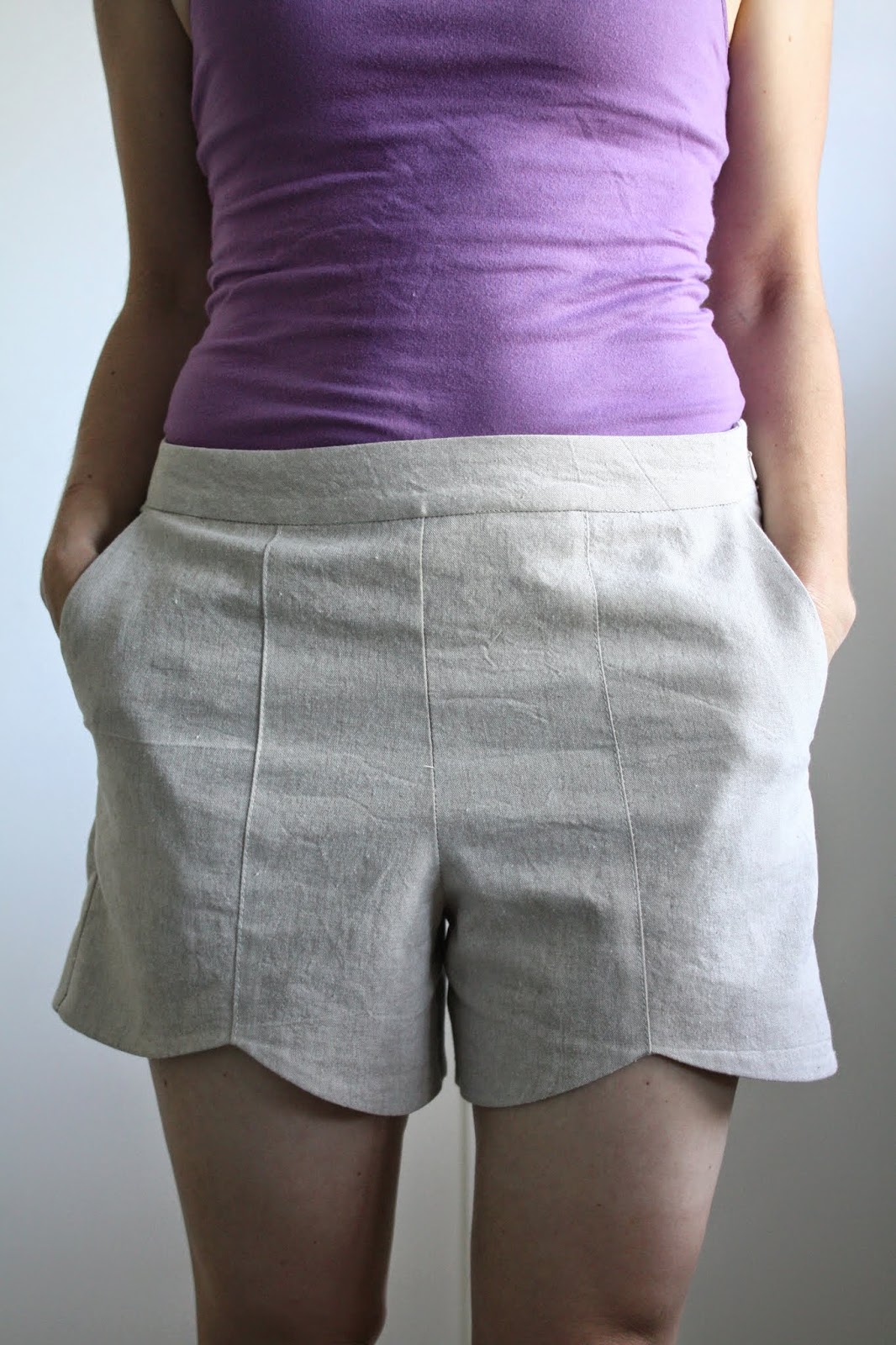 I've been ogling Pattern Runway's selection of offerings for a while (this one especially, not sure why I haven't pulled the trigger on it yet!), so when I realized I needed a pair of shorts, I finally purchased the Scalloped Hem Shorts.  They are interesting without being odd, and have some sewing details that make them truly feel better than store-bought. 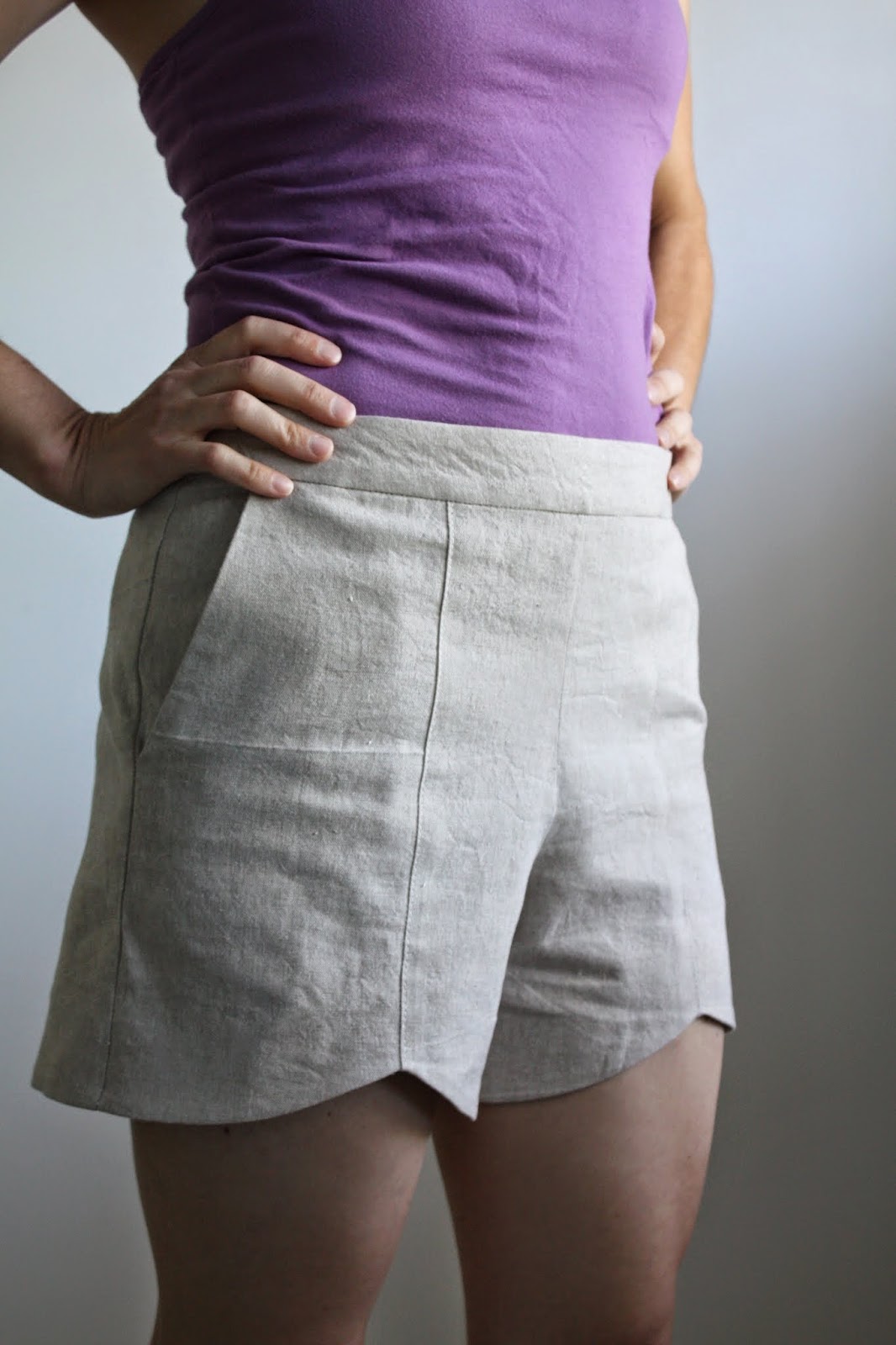 First off, the printed pattern was awesome!  There's a 1x1" grid behind all of the pattern pieces, which made assembly super easy.  Great idea!  The instructions were pretty good, though I did have some trouble with the welt pockets.  It seems as though there are a billion ways to make a welt pocket, and this is yet another, slightly complicated way.  I'm actually certain I didn't assemble them properly (from the inside), but I'm okay with that :) 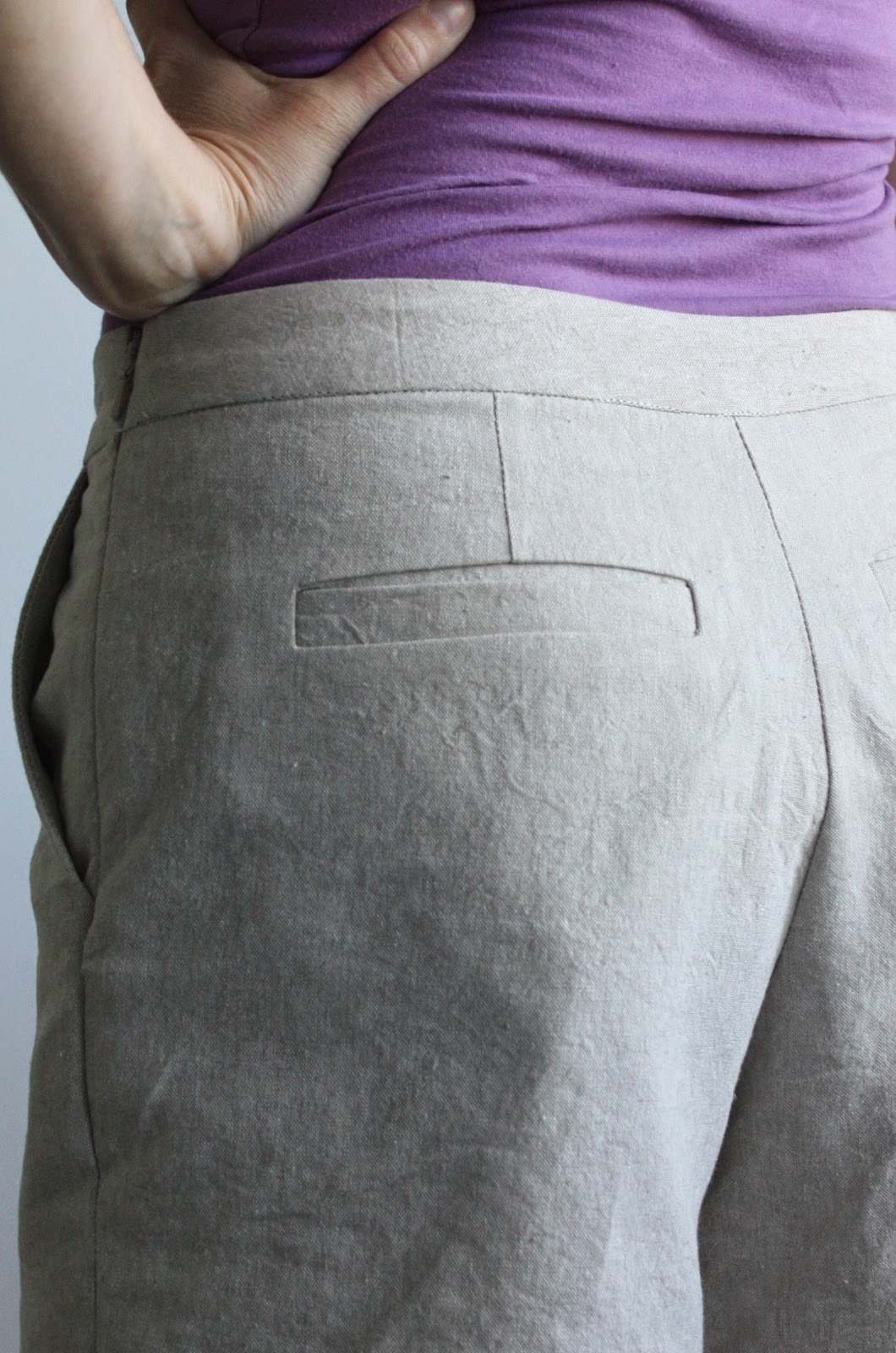 As for the pattern itself, I had some fit issues.  Mostly, I should have done the crotch length measurement (and didn't), so I didn't shorted the rise (like I should have).  The waist was hitting at my natural waistline, and the crotch was still a little long.  Anyhow, after setting the shorts aside for a while, I decided to chop the waist down by about 1.5" and draft a new waistband.  This helps considerably, but the crotch is still a little long (though not unwearable!).  Next time, I'll be smarter!  I also raised the back leg hem--on me, they seemed oddly long compared to the scalloped hem of the front. 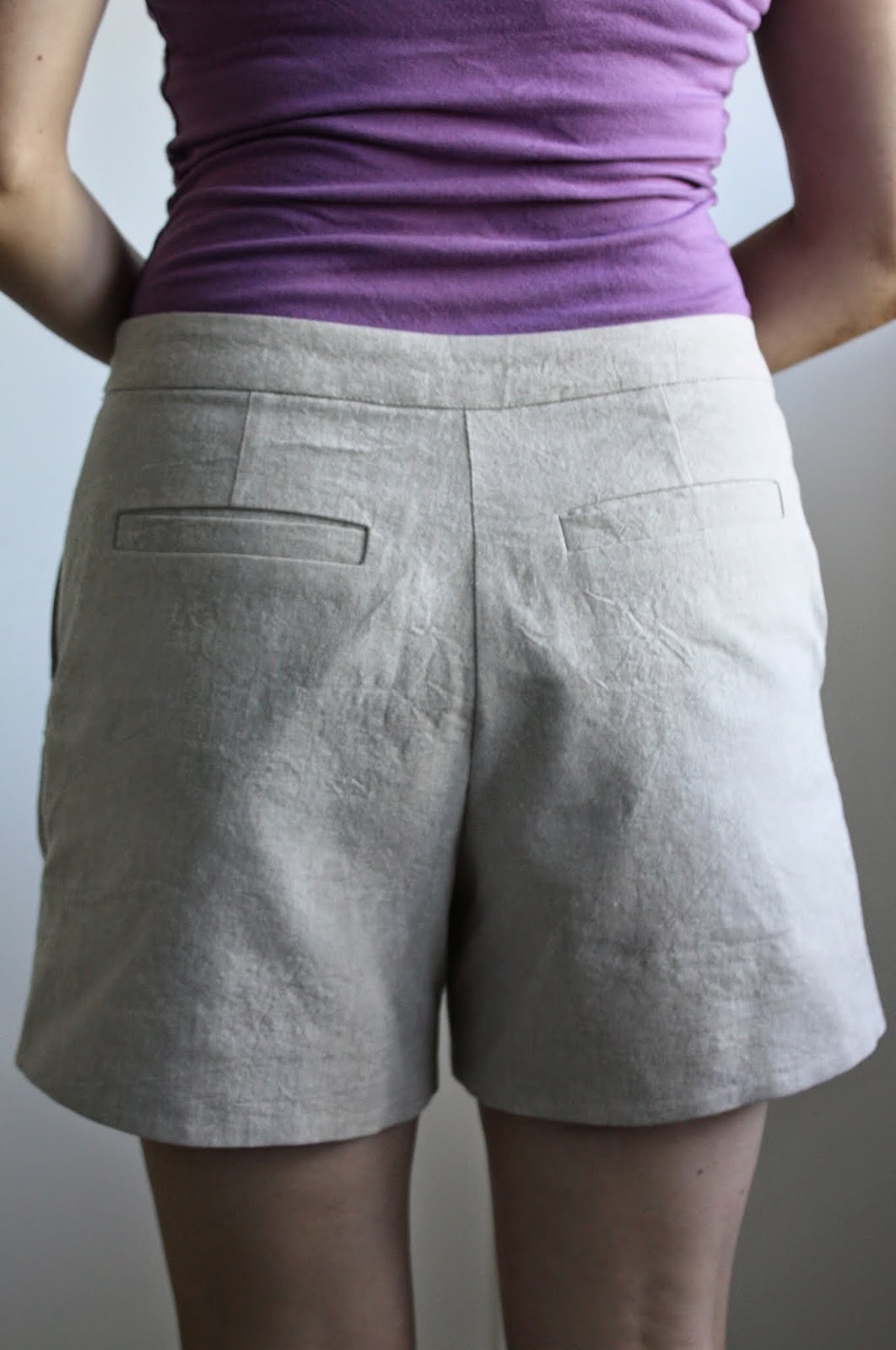 Some of the best parts of this pattern are the pockets!  They are designed purposefully and incorporate some more upper-level sewing skills to ensure a beautiful product.  I am really appreciating indie pattern companies that don't dumb-down their styles for their consumers! 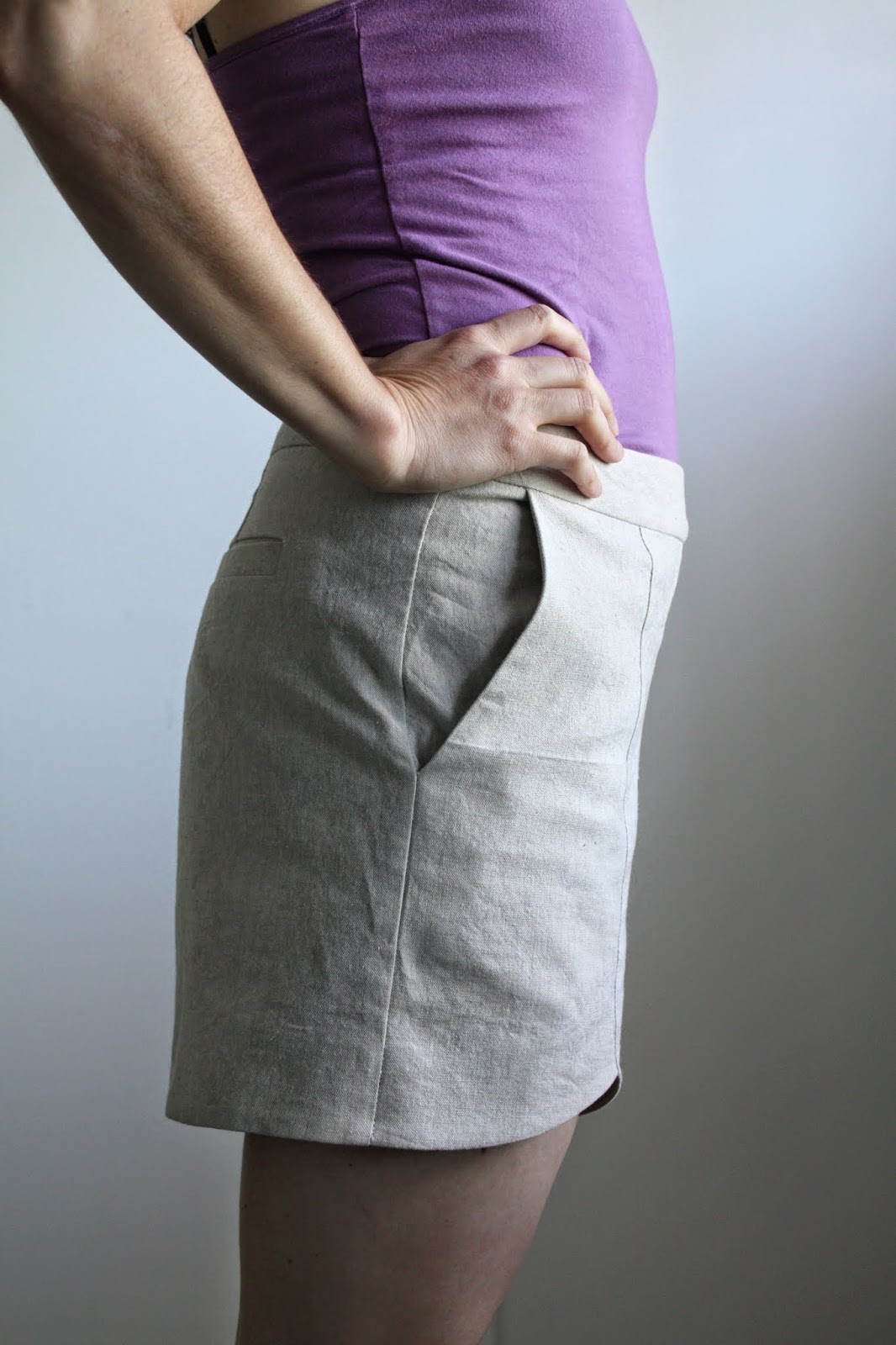 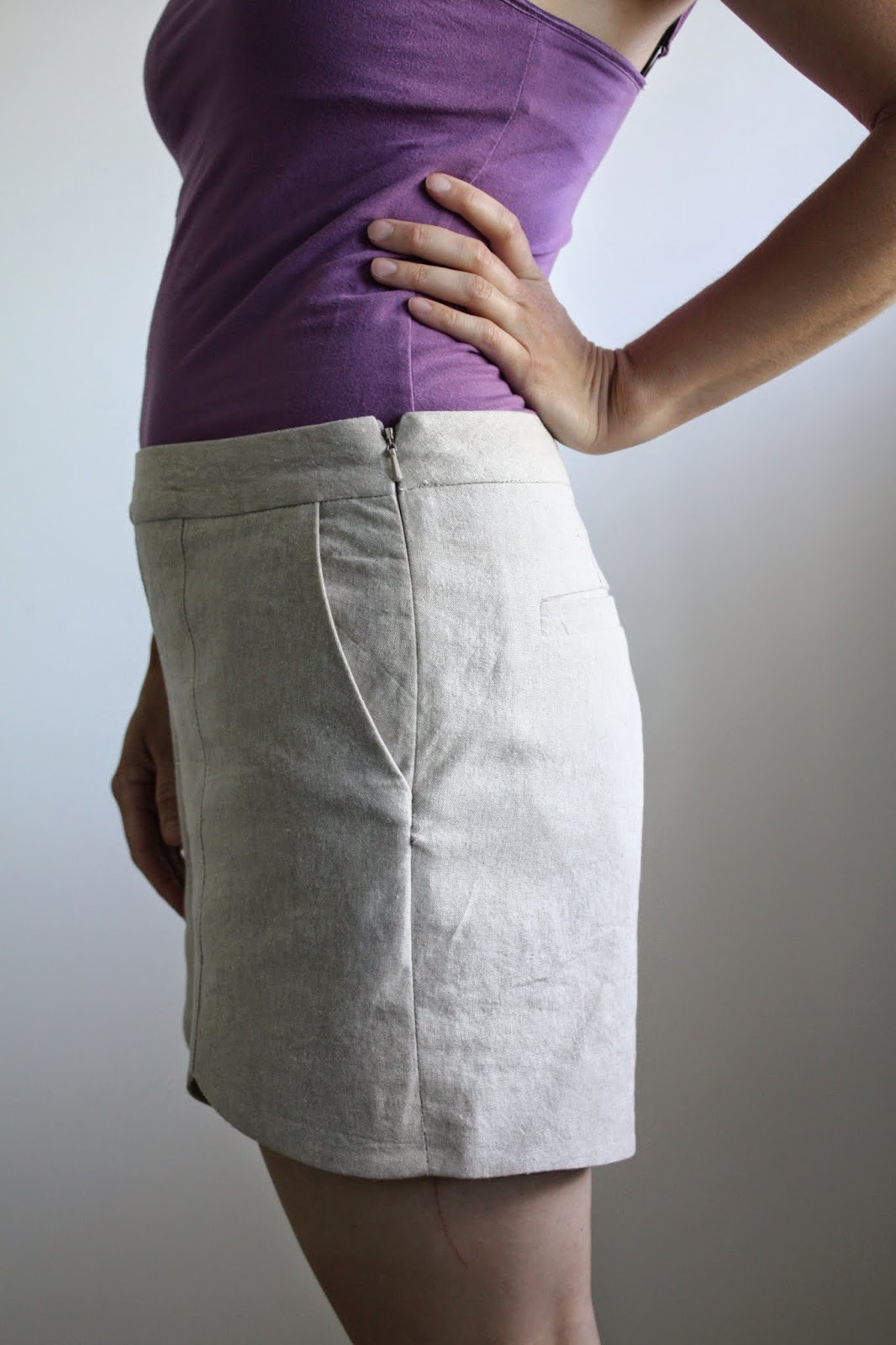 Overall, I'll definitely make another version of these, with some additional fit modifications and perhaps a bottomweight with some stretch.  I don't wear shorts too often, but these are cute and can be dressed up.  Here's a view of how I might actually wear these (think of it like the "serving suggestion" on a food package....) 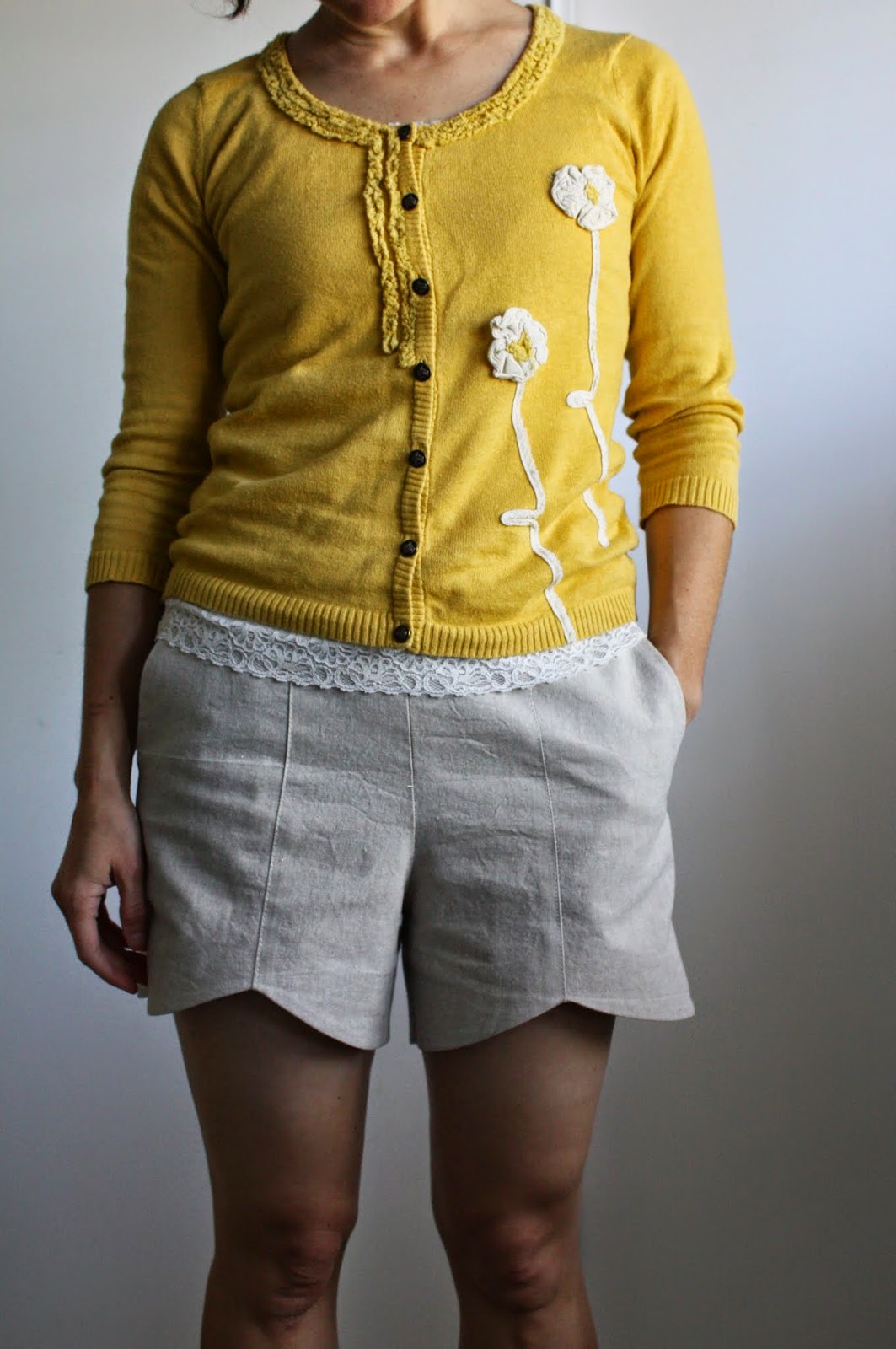